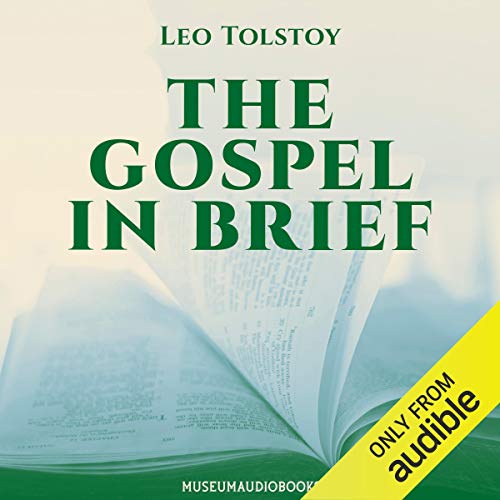 The Gospel in Brief

In 1892, Tolstoy published A Translation Harmony and Analysis of the Gospels. Concerned that the complexity of this work would keep it from laypeople, he took just the introductions and summaries of its 12 chapters and published in 1902 as The Gospel in Brief.

This is Leo Tolstoy's integration of the four biblical gospels into a single account of the life of Jesus which was inspired by his meticulous study of the original Greek versions of the Bible.

The Gospel in Brief is an intriguing fusion of biblical texts and Tolstoy's own religious views. Tolstoy explains that his goal is a “solution to the problem of life," not a theological or historical statement. He therefore ignores issues like Jesus' genealogy and divinity, focusing instead on the words and teachings of Jesus, stripped of what he regarded as the Church's distortions and focus on dogma and ritual. The result is a work that emphasizes the individual's spiritual condition in an indifferent world.

What listeners say about The Gospel in Brief

This is the only recording of this book

I'm listening to this because it is the only recording available for this title that I've wondered about for years. The voice talent isn't bad but she does sound inexperienced. It makes me wince every time she mispronounces the word Pentateuch. Be warned. If you want a clear reading of the book then this might be for you. If you want a melodeious mature voice and professional performance this will probably not be for you.