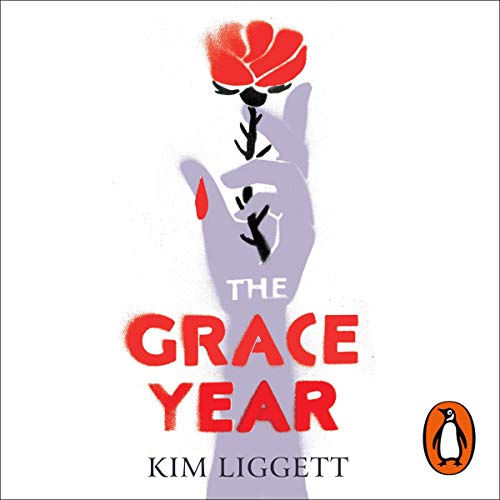 No one speaks of the grace year.

We're told we have the power to lure grown men from their beds, make boys lose their minds, and drive the wives mad with jealousy. That's why we're banished for our 16th year, to release our magic into the wild before we're allowed to return to civilisation. But I don't feel powerful. I don't feel magical.

Tierney James lives in an isolated village where girls are banished at 16 to the northern forest to brave the wilderness - and each other - for a year. They must rid themselves of their dangerous magic before returning purified and ready to marry - if they're lucky.

It is forbidden to speak of the grace year, but even so every girl knows that the coming year will change them - if they survive it....

The Grace Year is The Handmaid's Tale meets Lord of the Flies - a feminist dystopia about a young woman trapped in an oppressive society, fighting to take control of her own life.

nice characters, good plot but I always knew what was coming next so no surprises in there for me I’m afraid... but still enjoyable with really lovely narration.

If you enjoyed the handmaids tale/the testaments, or any other good feminist/dystopian fiction; then steer away from this book! It's trying to cash in on current trends and themes but really misses the mark. The Grace Year is a vapid shadow of popular issues at the moment, and so painfully amarican that it's almost like listening to an episode of One Tree Hill. In short, this is badly written trash. Fans of Margaret Attwood or good writing in general would be advised to steer well clear!

Best not to compare it to the Handmaid's Tale

This was really more like Hunger Games meets Lord of the Flies, it doesn't bear comparison to The Handmaid's Tale. The Handmaid's Tale. was so believable that it gave me nightmares in which I was in! On the other hand, The Grace Year was difficult to take seriously and went from bad to worse in the believability range. The situation of the girls in the woods was so poorly described and illogical, and the injuries received, and survived, was a little hard to accept as possible. The society did not seem to be a sustainable one.

However, it does move along well, a real page turner. The narrator is excellent, certainly the true voice of Tierney, and Tierney herself is a strong and very appealing character.