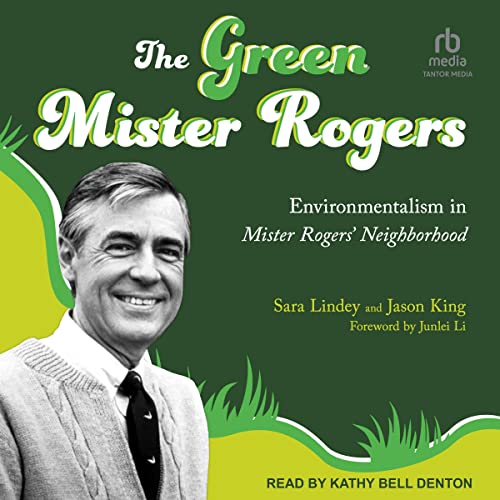 Fred Rogers was an international celebrity. He was a pioneer in children's television, an advocate for families, and a multimedia artist and performer. He wrote the television scripts and music, performed puppetry, sang, hosted, and directed Mister Rogers' Neighborhood for more than thirty years. Rogers' direct, slow, gentle, and empathic approach is supported by his superior emotional strength, his intellectual and creative courage, and his joyful spiritual confidence.

The Green Mister Rogers: Environmentalism in "Mister Rogers' Neighborhood" centers on the show's environmentalism, primarily expressed through his themed week "Caring for the Environment," produced in 1990 in coordination with the twentieth anniversary of Earth Day. Unfolding against a trash catastrophe in the Neighborhood of Make-Believe, Rogers advances an environmentalism for children that secures children in their family homes while extending their perspective to faraway places, from the local recycling center to Florida's coral reef. Ultimately, Rogers cultivates a practical wisdom that provides a way for children to confront the environmental crisis through action and hope and, in doing so, develop into adults who possess greater care for the environment and a capacious imagination for solving the ecological problems we face.

What listeners say about The Green Mister Rogers