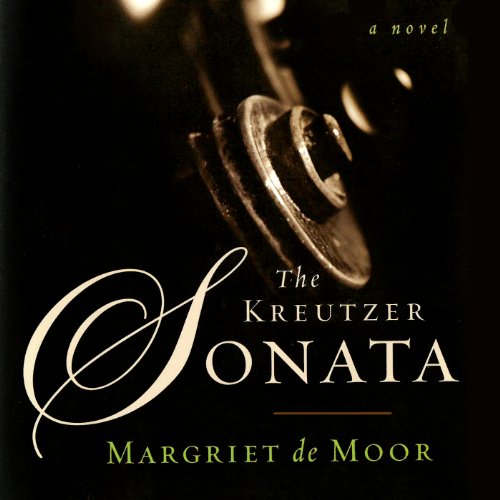 Dutch novelist de Moor (Duke of Egypt) traces narrative arabesques around the terrible romantic jealousy suffered by a blind music critic in this spare, delicate novel. In a series of chance encounters at European airports over the years, the musicologist narrator meets the famous blind patrician music critic, Marius van Vlooten, and extracts his history of tortured love. The first encounter elicits the desperate tale of unrequited love that drove Marius, as a student years before, to shoot himself in the head, thus blinding himself. The acquaintance between the two travelers continues briefly, allowing the narrator to introduce Marius to lovely Suzanna Flier, first violinist of the Schulhoff Quartet, who becomes Marius's wife. Ten years later, on the way to the Salzburg Festival, the narrator learns that Suzanna has left Marius because he tried to kill her, his jealousy roused by her love (he claims) for the violist in her quartet. Marius's obsession with Janácek's Kreutzer sonata provides the novel's leitmotif; according to the critic, "wayward modernist" Janácek "put things in his music that were meant not only for the listening ear but also for the inner eye." De Moor's slender, suspenseful narrative frequently shifts settings and moods, but Marius's idée fixe burns with a constant fire. Though de Moor sometimes stokes the blaze too high, this is an involving, passionate tale.

Leo Tolstoy’s The Kreutzer Sonata is a powerful, and at times blackly humorous, novella about love, jealousy, and even the battle of the sexes. Tolstoy tells the story of protagonist Pozdnyshev, a kind of modern-day Sisyphus, who, following events which haunt his conscience, condemns himself to tell his tragic story over and over again in search of forgiveness which may never come.

Voice actor Simon Prebble skillfully communicates the dramatic tone of the work, employing thoughtful intonation to emphasize the great depths of emotion felt by the characters in this classic Russian melodrama. Although this audiobook’s grandiose story wouldn’t be out of place on General Hospital, the writing is, of course, impeccable, and Prebble’s performance kicks things into can’t-miss territory.