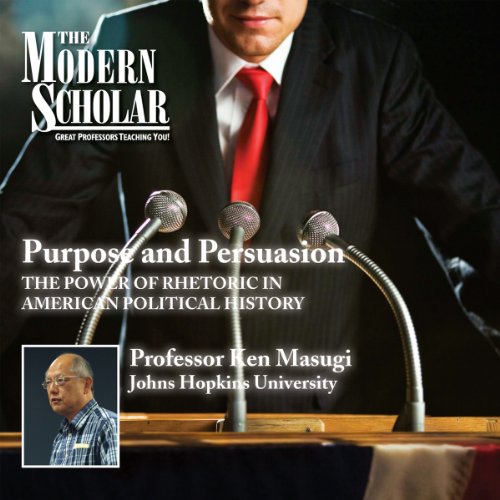 The Modern Scholar: Purpose and Persuasion

In this series of lectures, Professor Ken Masugi of Johns Hopkins University examines the importance of rhetoric in American politics. Political speeches have, since the nation’s inception, defined and shaped American politics. Professor Masugi demonstrates how the greatest American political speeches take their bearings from the Declaration of Independence and the Federalist Papers. As the lectures proceed, Professor Masugi investigates the rhetoric of America’s most revered statesman, Abraham Lincoln, before exploring the works of other transformational U.S. presidents, including Woodrow Wilson, Franklin D. Roosevelt, Ronald Reagan, and Barack Obama.

Would you consider the audio edition of The Modern Scholar: Purpose and Persuasion to be better than the print version?

Do not have the print version but thoroughly enjoyed this talk and most helpful for my paper on rhetoric in American politics.

All, not too hurried, well paced