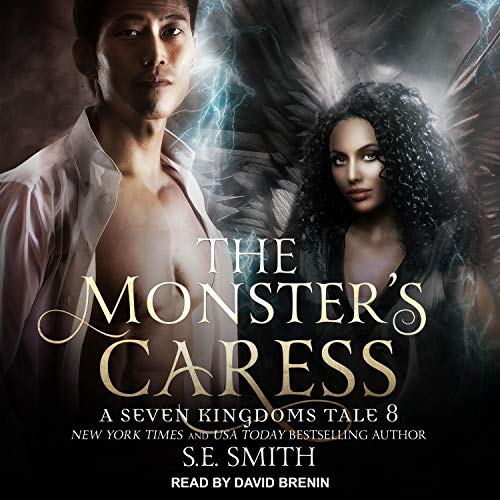 CIA agent Asahi Tanaka grew up hearing tales from his grandfather about a mysterious realm where magic and monsters are real. His quest for answers takes him back to Yachats, Oregon, his childhood home. His personal investigation of a series of disappearances leads to a break in the case, and he finds himself in a strange but eerily familiar world.

Nali, Empress of the Monsters, will do anything to protect the creatures under her care. When one of her fabled Sea Stags washes ashore grievously injured, she knows that the last of the alien organisms that came to her world has made it to her kingdom. Her search for the alien leads to an unexpected discovery - another visitor, this one from Earth!

A perilous journey to find the malevolent alien takes Nali and Asahi across the Isle of the Monsters, leading them to a discovery that changes their perceptions and makes them reexamine their place in the universe. Will the magic that sparks between these two warriors from different worlds be enough to destroy the threat, or will one have to be sacrificed to save not only the Seven Kingdoms, but Earth as well?

What listeners say about The Monster's Caress

Great ending to an amazing series and love how she is tying in her other series. Love David Brenin by far favorite narrator.

The story was a great start to another existing series, however I felt as a couple of this story it was boring. I like the series and hope to have more depth with the next couple.

Review of The Monster 's Caress

Loved the ending to this series. So unexpected but it goes all the loose ends up. This author is one of my favorites looking forward to her updates on other series. My favorite scene occurs with the Golden dagger who is very funny for being so small he has a big personality. I definitely recommend this audio book but it would make more sense if you read or listened to the others in the series first so you understand what's going on and all the characters. It will be more fun that way.

Thoroughly enjoyable as an audible book.

Thoroughly enjoyable as an audible book. BOOK REVIEW Once again Ms Smith has me reading a story in one sitting. I have owned this book since its release date but have not had the peaceful time I wanted to enjoy it uninterrupted until now due to a new grandchild. Her writing talent and ability to interweave her worlds together without getting lost astounds me. What a great finish to this series but happily not the intertwined worlds of this author. FBI agent Asahi is the last human to tell his tale and at the same time, we get an ending to the alien horror that has caused so much damage to the Kingdom of the Seven Isles. We get all the main characters participating in the final battle, after a few heart stopping side trips that had me going, no, surely that is not true. The background to all that has happened, which encompassed more than one world by Ms Smith, was intriguing and so well woven together, I felt like all the books involved flowed as one story in my mind. Such a wonderful ending to a series that started as a short set of quick stories, that was written for her readers whilst she was travelling.