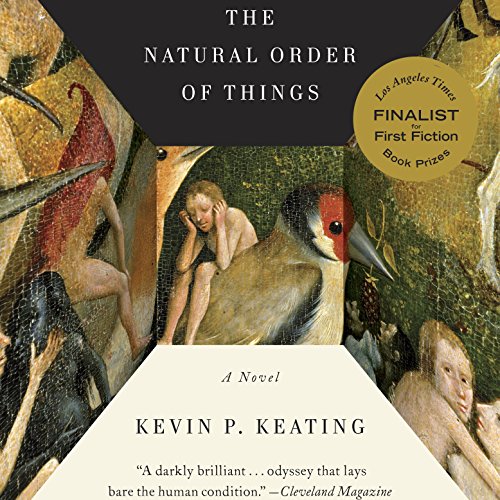 The Natural Order of Things

From a startling new voice in American fiction comes a dark, powerful novel about a tragic city and its inhabitants over the course of one Halloween weekend. Set in a decaying Midwestern urban landscape, with its goings-on and entire atmosphere dominated and charged by one Jesuit prep school and its students, parents, faculty, and alumni, The Natural Order of Things is a window into the human condition. From the opening chapter and its story of the doomed quarterback, Frank McSweeney, aka The Minotaur, for whom prayers prove not enough, to the end, wherein the school's former headmaster is betrayed by his peers in the worst way possible, we see people and their oddness and ambitions laid out bare before us.

"Reading The Natural Order of Things is like holding a tattered masterpiece in your hands - individually the pieces are their own small works of art but the true brilliance isn't realized until you fit them together." (J.W. Schnarr, award-winning journalist and author of Alice & Dorothy)
"Here is Kevin Keating, rallying against that tired old complaint, 'Where are the new American voices?' He writes with verve, knowing, and wit - an explorer of the thin but deep fissure between privileged Jesuit school boys and the scrape-by world that surrounds it. Here, then, a wild exploration of the places and people that we wish we had the courage to begin. And now we can. Thanks to Kevin Keating's vision." (Michael Garriga, author of The Book of Duels)
"Kevin P. Keating's The Natural Order of Things is a darkly brilliant, sometimes disturbing odyssey that lays bare the human condition." (Barry Goodrich, Cleveland Magazine)

I could only listen to a few minutes of this book. Every single sentence was weighed down with negatives -- everything described is awful, ugly, depressing, etc. Every human activity is motivated by greed, malice, etc. Grim and depressing books don't bother me -- in fact, I tend to enjoy a dark vision of the world. But even the most bleak novels are written with a variation in sentence structure. Even Poe didn't ladle on the negative adjectives in EVERY single sentence. There is a way to convey a melancholy or dark mood without resorting to that. The book just sounds as though it was written by a novice. Even Kirby Heyborne, who I loved in "Gone Girl," seemed crushed under the prose.