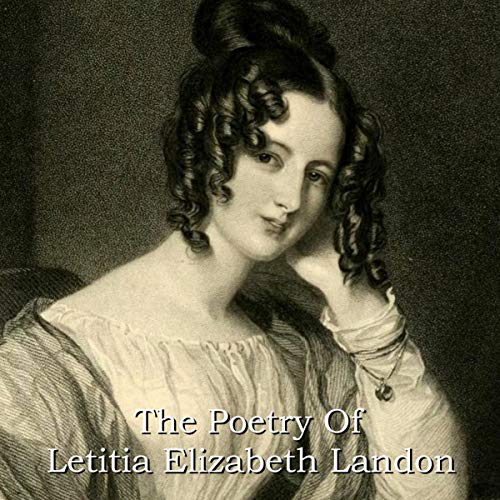 The Poetry of Letitia Elizabeth Landon

Letitia Elizabeth Landon was born on 14 August 1802 in Chelsea, London.

A precocious child, she had her first poem published in 1820 using a single ‘L’ as her marker. The following year her first volume appeared and sold well. She published a further two poems that same year with just the initials ‘L. E. L.' It provided the basis for much intrigue. She became the chief reviewer of the Gazette and published her second collection, The Improvisatrice, in 1824. By 1826, rumours began to circulate that she had had affairs.

For several years they continued to circulate until she broke off an engagement when her betrothed, upon further investigation, found them to be unfounded. Her words reflect the lack of trust she felt “The mere suspicion is dreadful as death”. On June 7th, 1838, she married George Maclean, initially in secret, and a month later they sailed to Cape Coast. However, the marriage proved to be short-lived, as on October 15th Letitia was found dead, a bottle of prussic acid in her hand. Her reputation as a poet diminished until fairly recently, her work felt to be simplistic and too simply constructed. However, when put into context it is more rightly seen as working on many levels and meanings, as was needed for those more moral times.