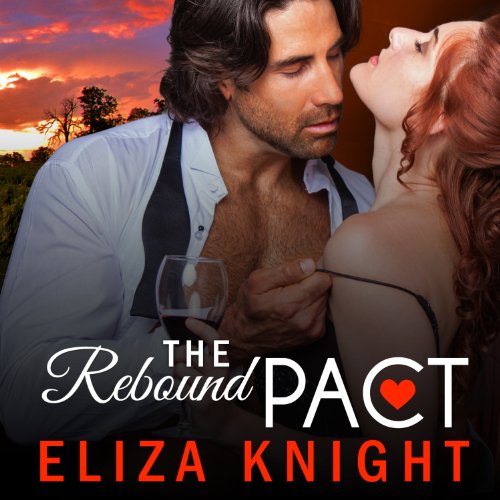 After college, Gabrielle Dane makes one terrific mistake. Thinking she's sneaking into her crush's bedroom at an all-night college party, she ends up sleeping with her older brother's best friend. It's only when the sun comes up that she recognizes Holden Bellamy. Mortified, Gabrielle leaves to train with a renowned chef in France, vowing never to return to her hometown and the awkwardness of her one-night stand mix-up. But several years later, she finds herself doing just that, and she runs smack into the delicious man who makes her catch her breath.

Holden Bellamy, owner of Belle Ami, a critically acclaimed vineyard, has always had a thing for his best friend's little sister . . . even if she was off-limits. Waking up to her in the morning several years back was a remarkable surprise, one that crashed and burned when she left town without a word. Now he's face-to -face with the woman he never stopped wondering about.

The attraction between Gabrielle and Holden still sizzles, even after all these years. But having just experienced serious breakups, neither one is ready to start again. Instead, they make a rebound pact. Casual sex, no strings attached - and rule #1? Don't fall in love. Problem is, with each scorching encounter, Gabrielle and Holden find themselves falling hard and fast.

What listeners say about The Rebound Pact

Cute, light read/listen. A lot of smex at a winery... but eh! It's been done before... Story was good.. but nothing really stood out. Worth a listen, just don't expect a WoW story...

Beyond Predictable but Cute.

If you've read the book's summary than you know the whole story and can easily predict how it ends. But it was cute and worth reading for those who want a light romance with some steamy love scenes.

The Story Needs A Sequel

I loved the story just wished it was longer and had a part 2. Part 2 maybe about the Brother love life in France and picking up with them around their time to get married

The storyline is really slow and not up to par with Eliza’s other novels. The voice of one the main characters, Holden, is cringeworthy. The narrator’s voice made him sound like a slow, dumb jock. It was very hard to listen to.

Eliza Knight has done it again!

Loved it! Eliza Knight knows how to write a great love story!! I’m a huge wine connoisseur, so this was right up my alley!!

Regarding the narration, Lucy Rivers has a wonderful voice for the female parts with her vocal range emitting the various emotions. I was not a fan of her rendition of the male’s voices, though. It sounds like the men have a head cold.

It’s your basic story of girl in love with older brother’s best friend. And it’s a very simplistic, trite and staid telling of it. Too many times I could finish the phrase. Knight seemed to use old, staid descriptions and phrases too often. For example, “she leaned her head to the side ___.” Can you finish the phrase? Yep, it says “to give him better access.” Here’s more: “He just rocked her world.” Yep, apparently, it’s never too late to use a phrase from 1993. There must be more ways to describe those parts of foreplay and sex. Please find some. So the predictability of this novel was off the charts. It’s horrible to not only know where the story is going but to be able to write it in parts. And can the flavor of food do more than “explode” when eaten? Why bother to buy the book if it’s one I can write myself or if I already know how things are going to play out down to the wording?! “Their tongues moved back and forth in fiery motion” and “Excitement thrilled through her veins.” What?! Those are the worst descriptions. Finally I understood why she used staid phrases and descriptions borrowed from too many other stories.

Also, I didn’t like the h. She was a renowned chef at 27, but she never seemed to focus completely on her work. Instead, she constantly, constantly had juvenile thoughts about the H. That’s to be expected to some degree, but hearing a “professional” and successful “woman” constantly crushing on her sex partner, even when at work, was just too immature for my taste. And the thoughts were juvenile; they were only focused on his physical assets. It seemed like every other sentence was about the h looking at and loving the H’s “ass” and sniffing his “sexy” cologne. She never seemed to get a grip. Her desire and appreciation for him was at an uncomfortable and strange extreme. And her attitude towards keeping a job was immature. She was quick to leave a job for what seemed like the simplest of things, things not directly related to the jobs. And she supposedly needed the income. Too, the connection between the H and h seemed to be totally based on the physical. Paragraphs were spent on detailing their physical appreciation for each other, but the only thing I got beyond that was the h expressing once or twice that she liked “talking to him” and “spending time with him.” Then, the way the h reacted and jumped to conclusions when an aspect of the H’s life was revealed that could be considered none of her business was the straw that ended it for me. I was so done with this book.

And, can I just say, “yuk?” There is a scene where the h leaves her panties hanging from a rack in the H’s kitchen, and the H leaves them there for at least 24 hours. In fact, we never learn when he finally removed them just that he kept them hanging there through the next day. That went from sexy to absolutely gross. And I’m very, very open-minded and listen to plenty of erotica. But you gotta know where to draw the line. And, as a woman, I wouldn’t relish the idea of panties I had been wearing immediately preceding a sexual encounter still “hanging” around in a kitchen, no less. I could go on with aspects of this story that didn’t work for me, but I won’t bother. It’s really just more of the same, immature, only physical, trite fare.

So 2 hours in, I was ready for it to be over but hoped it would get better. It didn’t. The only semi-redeeming aspect was that one or two of the various sex scenes at hot parts. And some listeners might enjoy the brief talk about wine making. But, IMO, none of it is enough to be happy I bought this book, recommend this book or buy this author again.

I don't have much to say about the narrator. She was fine. Generally, all of the males sounding alike, but it didn't detract from the story. And the narrator had little to work with while doing this story, so it's hard to see her work with a story I really disliked. So she wasn't enough to save the story, but she wasn't bad either.