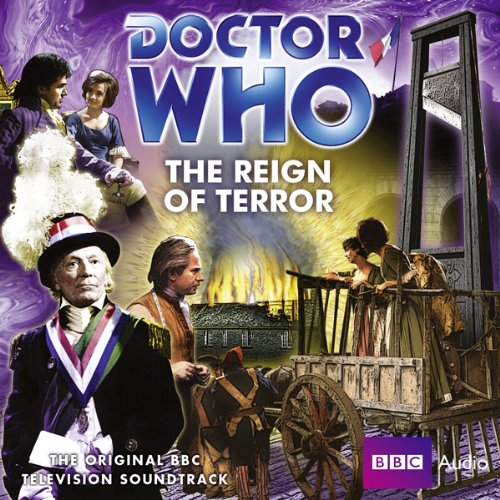 Materialising in a forest, the Doctor and friends find themselves 12 kilometres from Paris. It is the 18th century, and France is the scene of an ongoing battle between royalists and revolutionaries. Following a blaze at a farmhouse, Ian, Barbara, and Susan are separated from the Doctor and arrested as traitors. Ian receives information about James Stirling, an English spy vital to the revolution. No one seems to know where Stirling is, and locating him becomes Ian's priority.

The Doctor, meanwhile, arrives in Paris in the guise of a Regional Officer, and before long has an audience with Robespierre. With Robespierre's downfall imminent, and the revolution about to reach its climax, the Doctor and his friends must get away before they become victims of Madame Guillotine.

The remastered soundtrack of a classic story starring William Hartnell, with linking narration by Carole Ann Ford, who played Susan in these six episodes from 1964.

What listeners say about The Reign of Terror

The Description of this on audible indicates it is an audio of the target novelization by Ian Marter. It is not. It is the audio from the original broadcast of the show. So if you are specifically trying to listen to the target books, do not bother with this one which seems to not be available on audible. I should have known as William Hartnell is listed as the reader, but he has been dead for 45 years.