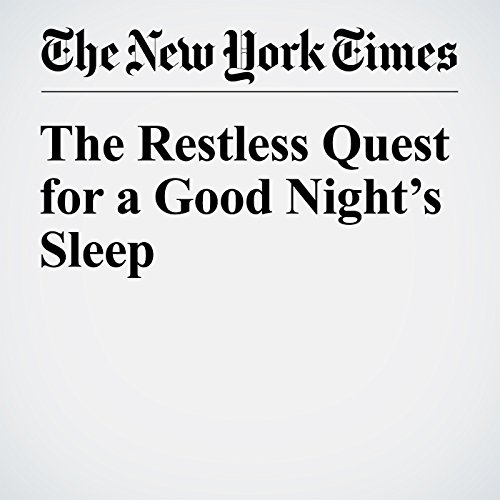 The Restless Quest for a Good Night’s Sleep

Insomnia and other temporary and recurring sleep disorders affect 50 million to 70 million Americans, according to the National Institutes of Health, and the effects only worsen as people grow older. Technology, while still nascent, is an alternative for those who do not want to take sleeping pills, which can be highly addictive.

"The Restless Quest for a Good Night’s Sleep" is from the December 28, 2016 Technology section of The New York Times. It was written by Constance Gustke and narrated by Corey M. Snow.