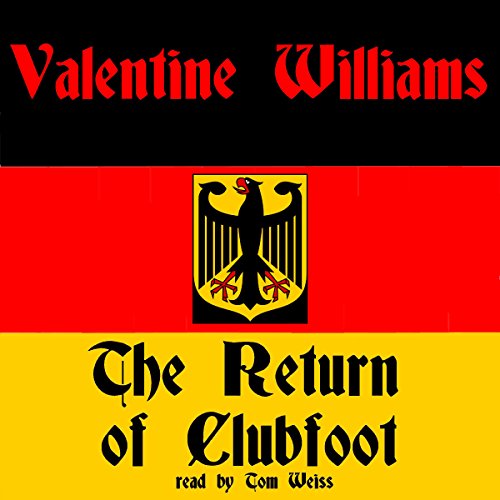 The Return of Clubfoot

While spending a holiday in a small Central American republic, Desmond Okewood of the Secret Service learns from a dying beachcomber of a hidden treasure. With the assistance of a millionaire, he sets out for Cock Island in the Pacific. To his astonishment he discovers that the Man with the Clubfoot, whom he had regarded as dead, has anticipated him. It is obvious to Okewood that his old enemy is also in search of the hidden gold, and there ensues a thrilling sequence of adventures, in which the millionaire's pretty daughter takes a prominent part.

What listeners say about The Return of Clubfoot