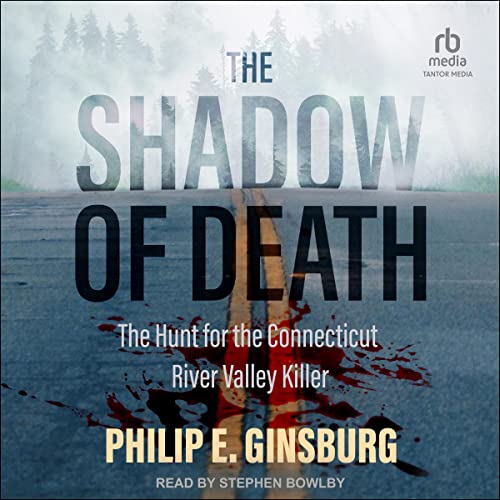 The Shadow of Death

In the mid-1980s, someone stabbed six women to death in the Connecticut River Valley on the border between New Hampshire and Vermont. The murderer remains at large and the total number of his victims is unknown. In this brilliant work of true crime reportage, New York Times-bestselling author Philip E. Ginsburg provides fascinating insights into the groundbreaking forensic methods used to track the killer and paints indelible portraits of the lives he cut so tragically short.

The Shadow of Death recreates the fear that consumed the idyllic region when young women began to disappear with horrifying regularity. Friends and family of the victims were left to endure the bottomless pain of imagining their loved ones' terrifying last moments. Desperate to stop the slayings, local police and FBI investigators used exotic new techniques to try to unmask the murderer. Ginsburg documents the extraordinary efforts of psychologist John Philpin as he risks his own emotional stability to get inside the mind of a madman.

Law enforcement officials identified several suspects and came tantalizingly close to putting all the pieces of the puzzle together, but it was only after a pregnant woman survived a brutal attack that the killings appeared to stop. The question remains: Could they start again?

What listeners say about The Shadow of Death

Unaware of these crimes

Lived in northern CT and, somehow I was unaware of all these tragic deaths. The book has a nice pace.