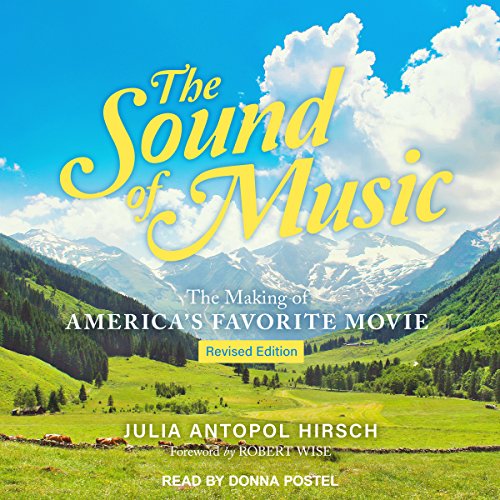 The Sound of Music is a classic film cherished in the hearts of millions. It won five Oscars, including Best Picture, upon its release in 1965. This tribute to a Hollywood classic is sure to thrill everyone who's ever sung along to "My Favorite Things" at one of the many screenings that still take place today.

Through interviews with the cast and crew, in-depth access to memorabilia and personal scrapbooks, and archival research at Fox Studios, author Julia Antopol Hirsch reveals the lively human story behind the making of the von Trapp family film. Fans will learn what motivated Christopher Plummer to take the part of the Captain, the challenges Julie Andrews faced filming the iconic opening scene, and what life was like on an Austrian set for the seven children actors. This engaging celebration is the ultimate insider's guide to America's favorite movie.

What listeners say about The Sound of Music

My Sound of Music

I found this book quite enjoyable to hear how the movie was made.great job here.

I enjoyed this book because I adore The Sound of Music. It offered more focus on the film industry (production process) than I initially expected or wanted, but it was balanced well enough with insights into the movie, characters, actors, and setting, that I still enjoyed it.