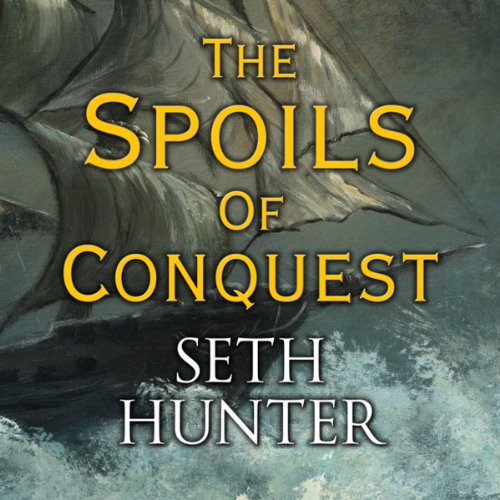 The Spoils of Conquest

Admiral Nelson has sent Captain Nathan Peake on a desperate journey to convey a grim warning to British India. Bonaparte's army is poised to deliver a fatal blow by marching overland to India. Arriving in Bombay, Nathan takes command of the East India Company's naval wing - the Bombay Marine - an under-armed and poorly crewed flotilla.

With these meagre resources he must stop the flow of French supplies to their Indian ally and protect the Company's trade from the pirates and privateers swarming in the Bay of Bengal. But when Nathan discovers the truth behind the East India Company's honourable facade he confronts some tough personal choices - and a crisis of conscience even more threatening than the enemy.

Thoroughly recommend, gripping stuff, this is a brilliant series that is historically accurate yet highly entertaining.