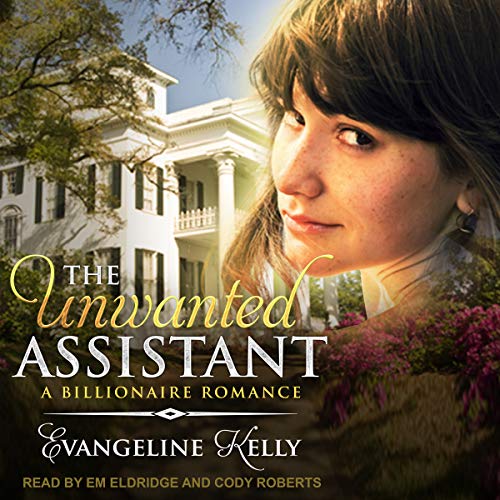 What if you fell in love with the same man who wanted to fire you?

Billionaire Sawyer Drake made it abundantly obvious he didn't want an assistant. Traumatized by a fatal accident, he stayed to himself, shunned human contact, and would rather die than open up to another person - much less a beautiful college woman. His inner wounds ran deeper than the scars on his face.

When Ivy Wolfe ran away to Alabama to nurse a broken heart, the last thing she expected was to fall in love again. She needed a job to support her college expenses, and even though the salary for an assistant position in the home of a billionaire appeared too good to be true, she ignored the red flags and charged ahead.

With insecurities of her own to overcome, she found working for a self-absorbed recluse much harder than she anticipated. Determined to get through to Sawyer, Ivy wrote a letter that would change the course of their relationship.

But finding love with Sawyer was like playing with fire. Would she regret the day she hired on as his assistant? Or would she find the love of her life?

What listeners say about The Unwanted Assistant

A great book to listen to!

The narration, by Em Eldridge and Cody Roberts, was unique to other books I’ve listened to. It made the characters come alive, as they read it! Though said to be a modern re-telling of Beauty & the Beast, I think it is even better than the fairy tale! Two people, both with their own insecurities and built-up emotional walls for self-preservation; but so in need of someone to truly love them. Follow their struggles, as they both grow into what God has for them. If I could give this more than 5 stars, I would give it 10+!

Best book I have ever listened to by far!!!

I loved listening to this book... the storms we encounter in life are just a way the Lord is shaping up our future and walk with Him.....Thank for writing a story so settling and heart warming. The world needs more of this faith building and hope inspired books. 👍🤝🙏

I like a romantic story for the slow burn and angst created by just not enough communication. In that regard the story did well. However I couldn't stand how Christan the characters were with bits of dialogue pulled straight from a sermon. Interesting story but couldn't finish it.

This story has so many good qualities about it. Including strife in overcoming loss as well as dealing with a deformity and how people perceive themselves and other people treat people who are different from them. This is a different twisted on Beauty and the Beast.

This is a great Read!! Nice,sweet ,Clean Story! I want to hear it again! I hope to find more of Evangeline Kelly Books!!

Story ok but too much religion

I didn't realise what 'clean' meant. Thought it meant little or no sex, didn't realise it meant quoting scripture. I am a Christian but this was too much for me and spoiled the book.