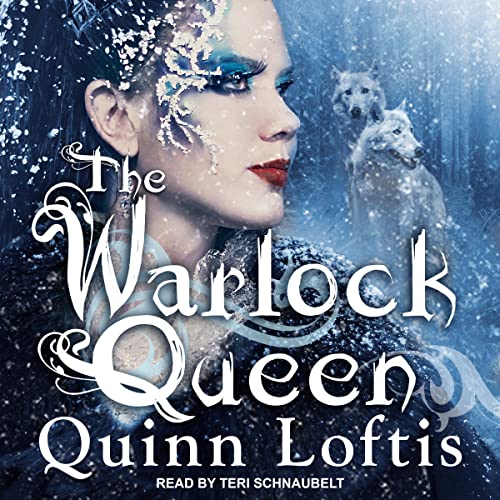 Peace has come amid the storm. But the cost by which that peace was earned was great-the lives of the Romanian pack alphas, and Cypher, king of the warlocks.

Lilly Pierce, the surviving widow of the warlock king, must now take his place as the leader of the warlock race. Unfortunately, she's in no condition to do it. Her heart has been shattered. Lilly has found love twice in her life, and both times, it's been ripped away. Now, to keep her throne, Lilly will have to prove she's worthy of it, or risk losing more than just her title.

Murderer. Traitor. Outlaw. These are just a few of the words that describe Myanin, the disgraced djinn warrior. And for a time, those words didn't bother her. But as the djinn becomes more acquainted with the inner workings of the Order of the Burning Claw, she begins to understand how truly evil her fellow supernaturals can be. Is that really the person she wants to be? Is that the life she wants to lead?

Two women, both suffering loss, both languishing in their misery, both faced with impossible choices. Is it possible the queen and the djinn could find salvation in one another?

What listeners say about The Warlock Queen

Love this entire series.....Love how Lilly settles into her role as Queen and how Quinn let Cypher guide her through her grieving process and teach her how to rule over the Warlock race

An emotional yet the comfort I needed

The Warlock Queen is a great following to the emotional roller coaster that was Alpha Rising. Following Lilly through her journey of loss was both comforting and relatable to real grief. However with a twist of humor all our favorite characters have. The story plot thickens during the time of grieving making me crave more of the Grey Wolves.

As always no one better to tell the story then Teri Schnaubelt. She has such a talent for putting so much real emotion and realism to each and every character!

another amazing. Story. I love. this series and. the person would read it did. a. Great job looking forwards to the. next. book