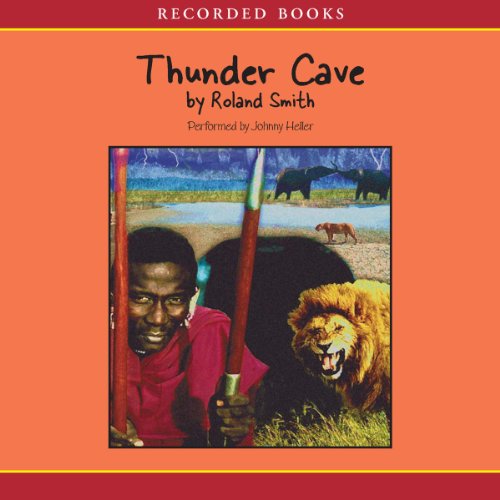 Jacob Lansa is an ordinary New York kid - riding his bike, fixing himself snacks after school, and anxiously awaiting letters from his father in Kenya. Then, suddenly, his mother is killed in a terrible accident. Pushed aside by his stepfather, Jacob makes an impulsive decision to set out on his own to find his father. In Africa, with minimal supplies and only his trusty mountain bike for transportation, Jacob faces wild lions, terrible grassland fires, and vicious elephant poachers. His search for his father seems hopeless until he meets Supeet, a Masai on a quest to end the drought that is devastating his country. Working together, the two struggle to find Jacob's father, end the drought, and save the last of the great elephants from extinction. With non-stop action, exotic settings, and Johnny Heller's vivid narration, Thunder Cave takes listeners to the wilds of Africa for the adventure of a lifetime.
©1995 Roland Smith (P)2000 Recorded Books, LLC

What listeners say about Thunder Cave

I teach 7th grade literature, and my academic team used this as a cross-disciplinary project. The novel is excellent for all readers with enough emotion, action, and thrill. A good narrator captures the youthful protagonist as well. Recommended.