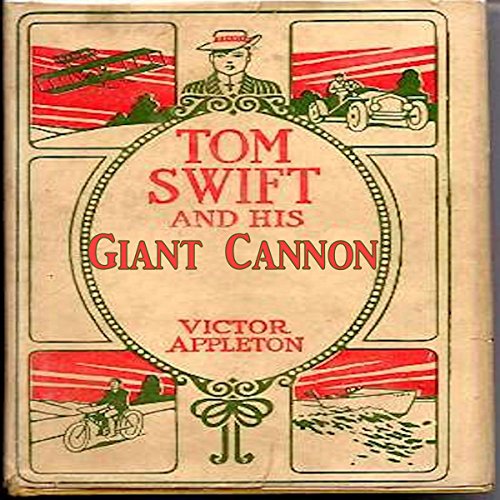 Tom Swift and his Giant Cannon

Volume 16 of the Tom Swift series, finds our hero inventing the world's largest, and of course best, cannon for Uncle Sam, able to destroy a target at a distance of over 30 miles. Not only does Tom Swift engineer this large cannon, but he also invents the propellant. Take-charge type of guy that he is, generals and villains are no match for him, not to mention his faithful giant Koku who nearly single-handedly ties down the 30-ton loose cannon on the deck of a pitching warship. Of course Tom Swift's friends Mr. Damon, Eradicate Sampson, and Ned Newton are also there to lend a hand and encouragement.