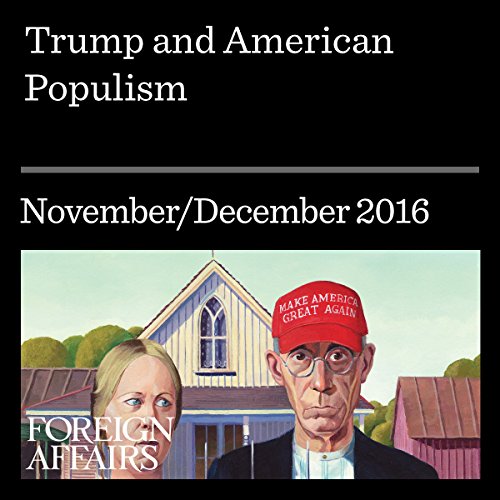 Donald Trump is an unlikely populist. The Republican nominee for US president inherited a fortune, boasts about his wealth and his many properties, shuttles between his exclusive resorts and luxury hotels, and has adopted an economic plan that would, among other things, slash tax rates for rich people like himself. But a politician does not have to live among people of modest means, or even tout policies that would boost their incomes, to articulate their grievances and gain their support. Win or lose, Trump has tapped into a deep vein of distress and resentment among millions of white working- and middle-class Americans.

"Trump and American Populism" is from the November/December 2016 issue of Foreign Affairs.