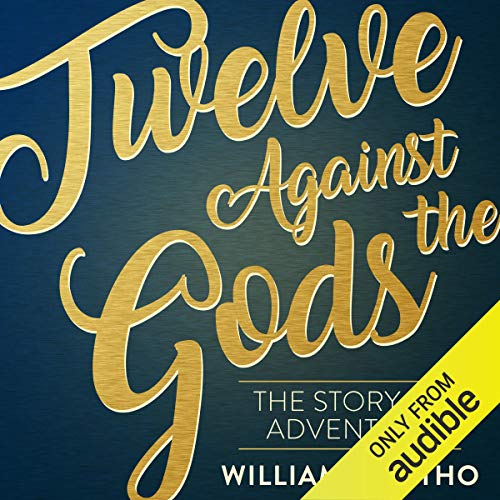 Twelve Against the Gods

The 1929 collection of short and exquisitely written biographical essays on the lives of such famed adventurers as Alexander the Great, Casanova, Christopher Columbus, Napoleon, and Isadora Duncan.

The author, William Bolitho, celebrates the contradictions and bipolar tensions that live inside and often drive even history's most celebrated heroes. Although all the greats featured in the book lived ages ago, the principles by which they lived their lives hold valuable lessons for those of us in contemporary times.

All were wildly successful in their chosen fields and we aim to distil key business, leadership and personal lessons from these. Each chapter delves into the life of one of the characters from the classic book, tracing their path to success (and ultimate ruin) while highlighting the key lessons to be gleaned.

What disappointed you about Twelve Against the Gods?

I would guess it's a great compendium if you're a history buff, but can leave you abandoned if you're not familiarized with some of the characters described in the book, as was my case.

The 12 personalities are: Alexander, Columbus, Mohammed, Lola Montez, Cogliostro&Seraphina, Charles XII of Sweden, Napoleon, Catalina, Napoleon III, Isadora Duncan, and Woodrow Wilson.I had to skip about half the chapters to catch up with them later when I would be more familiar with the names and their contributions to history.

What kept me from leaving more than 2 stars was that the style is rather erudite and can get pompous, making the text unnecessarily dense with stylistic ornaments. The author at times seems to be competing in a word embroidery contest with himself. It was published in the 1920s after all, so the style may be different from biographies published today).

Has Twelve Against the Gods turned you off from other books in this genre?

I've read a few biographies so far, and I will continue to read more, I find them inspirational. However, I will look for books with more accessible writing style.

The narrator tries to give nuance to his reading, but he seems to go over the top with awkwardly placed pauses and intonation. Commas become full stops too often and this become really distracting - you have to guess where paragraphs end.

I understand that this may not be his fault, as some of the sentences are half-page long and he tried to break them down as he sought fit. Unfortunately, the narration comes off as if done by William Shatner - in a rather annoying speech pattern.

I've only picked it up because Elon Musk recommended it. It is a fairly interesting take on the lives of 12 personalities who took the bets against their odds and rose to influence history.

I liked Columbus' and Napoleon's chapters the most, maybe because I was most familiar with their general contribution in history and found the author's approach refreshing

this book should not have been brought back to print, there are better books out there.

Well...I see why it was recommended

The book requires your full attention, lest you lose track of the story. Wonderful in its portrayal of the heroes, a great look into the world of adventure.