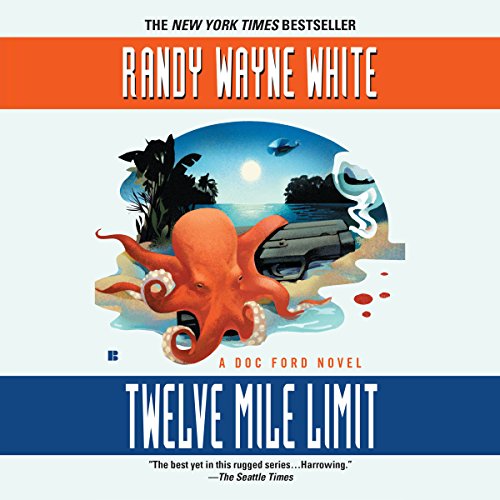 Twelve Mile Limit by Randy Wayne White is now available for the first time in audio!

"We'll drop anything we're doing [for] a new Randy White novel and be glad we did." (Denver Post)

Randy Wayne White's ninth Doc Ford novel starts out as a fun excursion for four divers off the Florida coast. Two days later only one is found alive - naked atop a light tower in the Gulf of Mexico. What happened during those 48 hours? Doc Ford thinks he's prepared for the truth. He isn't.

"The best Yet in this rugged series." (Seattle Times)