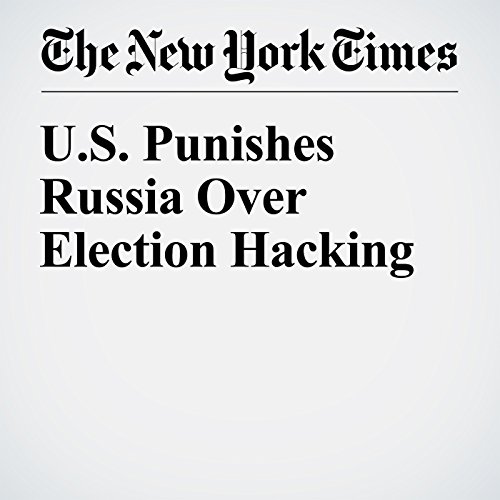 President Barack Obama struck back at Russia on Thursday for its efforts to influence the 2016 election, ejecting 35 suspected Russian intelligence operatives from the United States and imposing sanctions on Russia’s two leading intelligence services.

"U.S. Punishes Russia Over Election Hacking" is from the December 29, 2016 United States section of The New York Times. It was written by David E. Sanger and narrated by Caroline Miller.