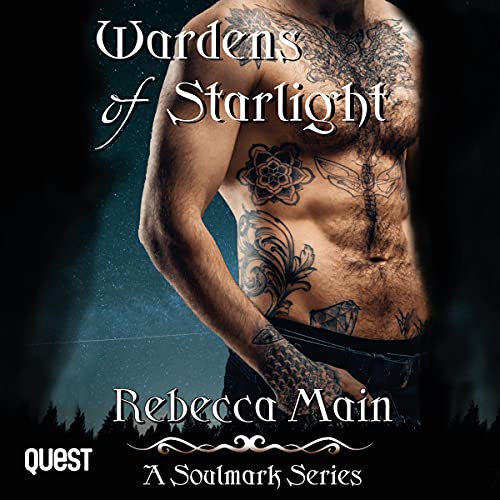 Gifted with the power of the Aurora Borealis, the Wardens of Starlight seek to destroy the forces of darkness plaguing the earth: vampyrés, lycans, witches and more.

Callie Sawyer has a secret - one that could cost her life: a soulmark. Kept hidden all her life from family and friends, Callie’s secret is exposed at the worst possible time, while the Wardens are being robbed. Now, burdened with the knowledge of her soulmark, she finds herself at an unforgivable crossroad. Do right by her people, or unravel the truth about the mysterious and stoic wolf who bears her soulmark.

There’s a reason Keenan O’Neal ranks so high in the Adolphus Pack. He’s steadfast, strong and deadly when necessary. Tasked to steal the Amethyst of the Aztec ring before the pack's enemies can, plans go awry when he discovers the identity of his soulmark. With the supernatural world coming to a head over the coveted relic, stakes couldn't be higher for either side - because losing isn't an option.

What listeners say about Wardens of Starlight