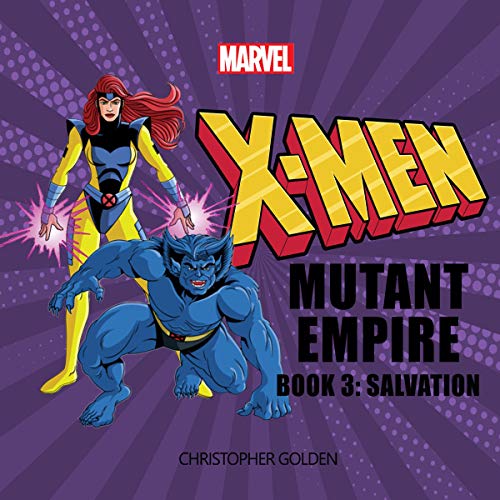 They live as outcasts, hated and feared by the very humanity they protect. They are mutants, born with strange and wonderful powers that set them apart from the rest of the human race. Under the tutelage of Professor Charles Xavier, they are more than mutants. They are the X-Men.

Manhattan is in the hands of the evil Magneto and his Acolytes as he executes the first step in creating the Mutant Empire. Half the X-Men have been captured, and Magneto's law is enforced by an ever-growing army of mutants and the powerful robotic Sentinels. The remaining X-Men must stop Magneto by turning the reprogrammed Sentinels against him to defeat the man himself. To do that, they must join forces with the US government - who view the X-Men as being as much of a menace as Magneto - and with one of their oldest foes, the Juggernaut!

Very good trilogy. Excellent narration and fast paced from start to finish. Worth the purchase.