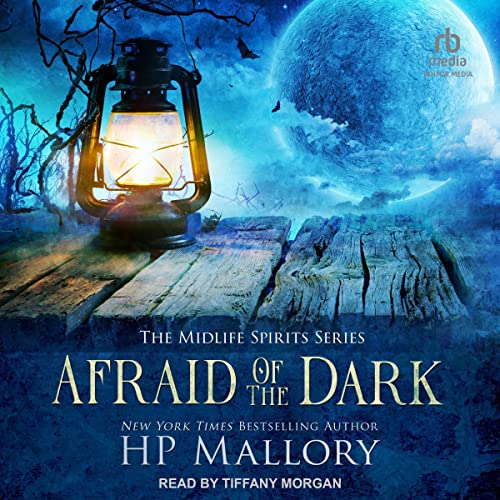 Afraid of the Dark

Looking for a fresh start, I just became the proud owner of a piece of New Orleans history: an Antebellum-era two-story house in the Garden District. It's going to take time and a fat wallet to restore the fixer-upper to its former glory, but after my recent divorce, I could use the distraction. And a stiff drink, but that's another story . . .

It's not long before I discover I've moved into the haunted house of the flirtatious and very much dead, Drake Montague. Now I'm receiving kisses from unseen lips and caresses from ghostly hands. Soon I even begin to have vivid dreams, bringing me face-to-face with the incomparably handsome ghost of a twentieth century French policeman.

Meanwhile, I'm also growing closer to my general contractor, Ryan Kelly—who is as charming as he is alive.

The chill in the air could only suggest Drake's jealousy from beyond the grave . . . men, right?

Even though I'm definitely attracted to and interested in Ryan, I also can't get Drake out of my dreams, or my heart, as I begin to uncover the frightening truth behind his death a century ago . . .

What listeners say about Afraid of the Dark

This is a retitling of an earlier book

This is Ghouls Rush In. Re-narrated and re-titled... I loved that book and am sorry that is was not made clear that is was the same book just a different title. I was not able to return it as I was excited and bought it with cash. Lesson learned. Loved the first book telling and narration in the first recording. Too bad I did not do more research