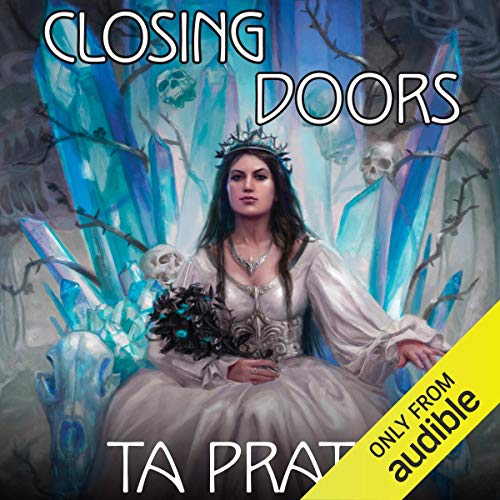 After a checkered career as a magical mercenary, ruler of a city, occult detective, freelance monster-hunter, and part-time demigod, Marla Mason has ascended fully to godhood, and now rules the underworld alone.

Before she can retire to an eternity overseeing the afterlife, though, she has a couple of loose ends to tie up. An old associate has called in a favor and wants Marla's help to defeat an alien infestation that could transform the world into an inhospitable wasteland.

As if that's not bad enough, she has an equally daunting task: the divine ruler of the underworld is required to take a mortal consort, so while the world is in danger of ending, Marla has to go on dates to find someone she can stand to rule with side-by-side for millennia.

After nine novels (and a prequel short novel) about sorcerer Marla Mason, it's time for the grand finale, the cherry on top, the finishing move, the last roundhouse kick to the face. Come see what's behind the last door.

What listeners say about Closing Doors

I have been a long time follower of this series and how this series ended can be described in one word. Beautiful.

Much easier to listen to.

Really surprised me that with some of the airy voices were still the narrator.

What an amazing series this was!

narrated amazingly, lots of unexpected twists and hilariously funny at times, emotionally wrenching at times, all together is now my most liked series. Love Marla. but wish that she had got to explore her lustful side a smidgen more toward the end. also love ron do.