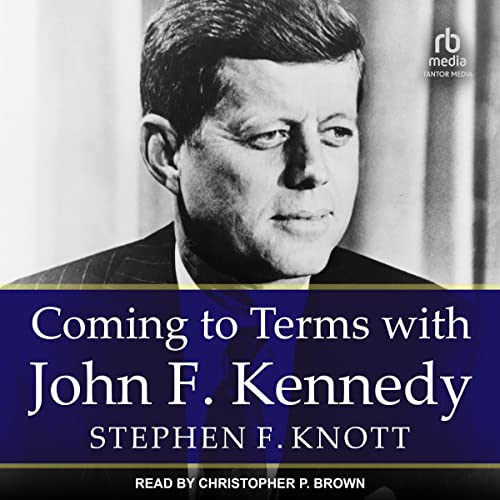 Coming to Terms with John F. Kennedy offers a nuanced assessment of the thirty-fifth president, whose legacy and impact people continue to debate to this day. Stephen F. Knott examines Kennedy through the lens of five critical issues: his interpretation of presidential power, his approach to civil rights, and his foreign policy toward Cuba, the Soviet Union, and Vietnam. Knott also explores JFK's assassination and the evolving interpretations of his presidency, both highly politicized subject matters. What emerges is a president as complex as the author's shifting views about him.

The passage of sixty years, from working in the Kennedy Library to a career writing about the American presidency, has given Knott a broader view of Kennedy's presidency and allowed him to see how both the Left and the Right, and members of the Kennedy family, distorted JFK's record for their own purposes.

Despite the existence of over forty thousand books dealing with the man and his era, this book offers something new to say about this brief but important presidency. Knott contends that Kennedy's presidency, for better or for worse, mattered deeply and that whatever his personal flaws, Kennedy's lofty rhetoric appealed to what is best in America, without invoking the snarling nativism of his least illustrious successor, Donald Trump.

What listeners say about Coming to Terms with John F. Kennedy

A fascinating and in-depth look at the Kennedy presidency

Knott has written a thorough and fascinating assessment of the Kennedy presidency. His research is outstanding and stories of his own journey with the Kennedy legacy through his childhood and his career as a presidential historian truly enhance this remarkable book.