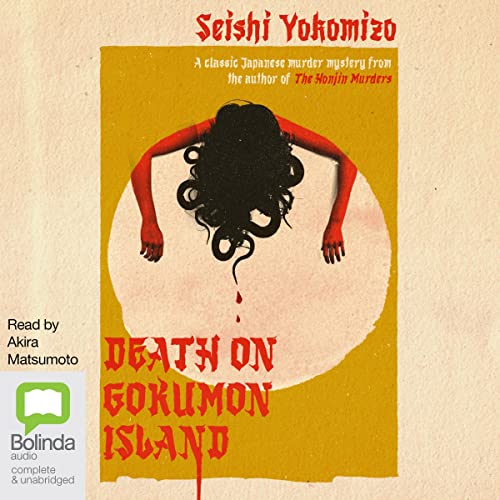 Kosuke Kindaichi arrives on the remote Gokumon Island bearing tragic news—the son of one of the island’s most important families has died, on a troop transport ship bringing him back home after the Second World War. But Kindaichi has not come merely as a messenger—with his last words, the dying man warned that his three step-sisters’ lives would now be in danger. The scruffy detective is determined to get to the bottom of this mysterious prophesy, and to protect the three women if he can.

As Kosuke Kindaichi attempts to unravel the island’s secrets, a series of gruesome murders begins. He investigates, but soon finds himself in mortal danger from both the unknown killer and the clannish locals, who resent this outsider meddling in their affairs.

What listeners say about Death on Gokumon Island

Very well thought out. Very intriguing and enjoyable to listen to. Highly recommend! Take the time.

This is a weakly written story, poorly narrated. Character development is nonexistent and dialogue is stilted.