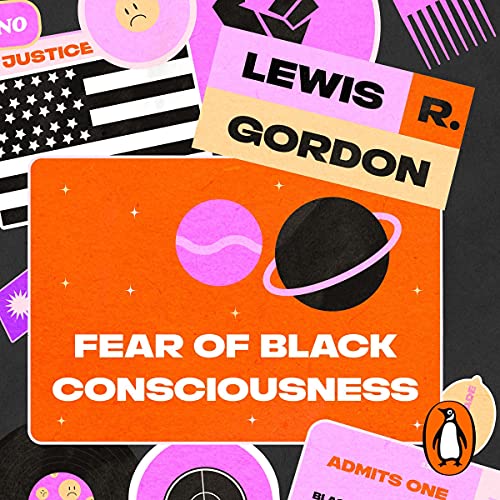 A pioneering philosopher explores how racial identity is constructed - and experienced - through history, art and popular culture.

Lewis Gordon, one of the leading scholars of Black existentialism, has spent decades nurturing intellectual reflection as a vital component of ongoing activism for racial justice around the world. In this boldly original book, he delves into history, art, politics and popular culture to show how the process of racialization - and its absence - affects not only how individuals and society perceive Black people but also how Black people perceive themselves.

Fear of Black Consciousness traces the ways in which the lived experience of Black people has been rendered invisible in the Western world and the breadth of rich cultural expression that encapsulates the truth nonetheless - from ancient African languages to films such as Get Out and Black Panther. Gordon offers a stunning philosophical and social critique while highlighting the fundamental role of Black people as agents of history and of the social change required to build a humane world of dignity, freedom and respect.

What listeners say about Fear of Black Consciousness

An incredible book that engages the listener in the present by weaving the past and the future into an easily digestible philosophical journey into ethnic identity tity struggles.
A must listen for anyone wanting to break free from normative paradigms of the other, to dive deeper into how we construct our racist narratives and ultimately how we remained our own agency.
Superb!
Lewis has done a magnificent job with this audio book, so much so, that I have had to lurches the hard copy as well.