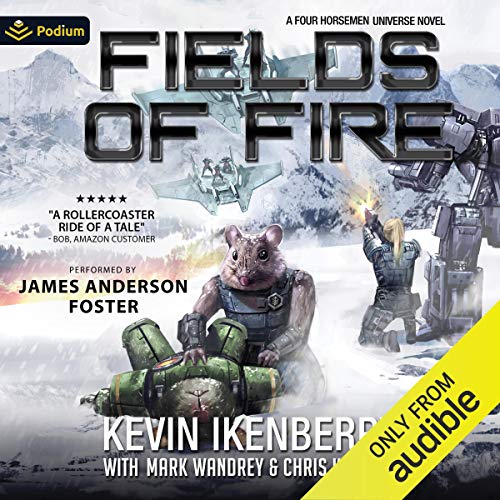 Peacemakers. The Galactic Union’s most capable enforcers and resolute negotiators, their name alone elicits fear and awe among the Union’s citizenry.

After the vicious attacks on Victoria Bravo, Commander Tara Mason and the newly formed Force 25 have no time to refit and reconstitute their depleted forces. Deputized by the Peacemaker Guild and charged with a time-sensitive mission - finding James “Snowman” Francis - Tara and her mercenaries deploy to the wintry world of Snowmass to follow a 50-year-old lead on Snowman’s disappearance.

Snowmass, though, is far from peaceful. A project of the controversial Dream World Consortium, the planetary government’s promises of pleasant weather and long growing seasons have fallen far short of expectations. Tempers are rising, and unknown attackers are damaging the Dream World Consortium’s equipment. They are also drawing the ire of Mayor Citsym and the Trenta Knights; Zuul mercenaries with more than 40 years of less-than-stellar experience providing the planet’s security.

Force 25 arrives on the planet and clandestinely deploys their attached Peacemakers, Vannix and Jackson Rains. But their hopes for a peaceful investigation of Snowman’s past are doomed from the start. Not only do they run into an assassination staged by the rogue Enforcer Kr’et’Socae and his minions, but the Trenta Knights also believe the newly arrived mercenaries to be a threat. They stage an attack to drive them from the planet.

But neither Kr’et’Socae, the local government, nor the Trenta Knights have ever seen anything like Force 25, and when the battle is joined, all of them - including Force 25 - will be forever changed.

What listeners say about Fields of Fire