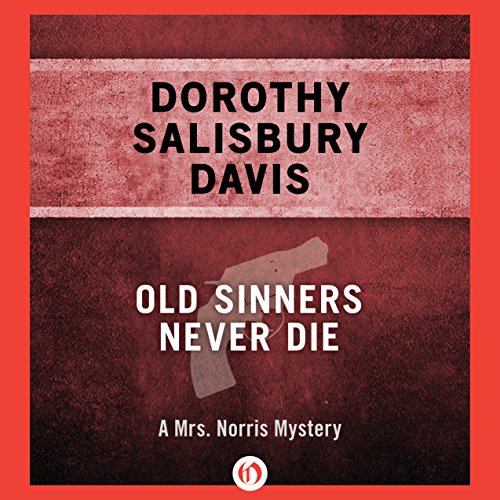 Grand Master of crime fiction Dorothy Salisbury Davis brings back the beguiling character Major General Ransom Jarvis in this third Mrs. Norris Mystery, a prequel, which immerses the redoubtable crime-solving Scottish housekeeper in a murder investigation in the nation’s capital.

With a new president in the White House, Major General Ransom Jarvis suspects that his retirement from the US Army is imminent. But at Washington’s annual invitation-only Beaux Arts Ball, the decorated soldier becomes an unwitting pawn in a far-reaching conspiracy. It begins when Ransom meets Virginia Allan, a beautiful blonde with secrets. And there is something decidedly shady about Frenchman Leo Montaigne. As Ransom starts to uncover damning intel about DC’s most powerful movers and shakers, the town is suddenly rocked by murder. Now Ransom’s son, Jimmie, a freshman congressman, and his housekeeper, Mrs. Norris, are risking their necks as they conduct their own fact-finding mission in a city rife with patriots, spies, and deadly political wannabes.

Old Sinners Never Die is the third novel in Dorothy Salisbury Davis’s Mrs. Norris Mysteries, which also include Death of an Old Sinner; A Gentleman Called, a finalist for the Mystery Writers of America’s Edgar Award; and “Mrs. Norris Observes”, a short story in the collection Tales for a Stormy Night.