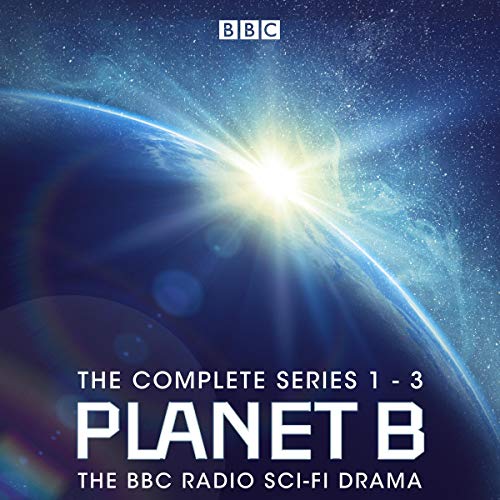 ‘Planet B’ is a virtual world with the slogan 'where you can be whatever you want to be.' Users can download themselves into it and play as a life-size avatars in a 3-D world.

When Lioba Fielding dies in the real world, her boyfriend John Armstrong downloads himself into Planet B in an attempt to find her avatar. As he travels between various worlds he becomes entangled in an array of strange scenarios, teleporting from each adventure to the next with his companion Medley, a 'rogue avatar' who has no human controller. All the while, John and Medley are being watched by a dog-like antivirus programme called Cerberus who, along with the Planet B Corporation, considers the rogues to be a computer virus that need to be wiped out.

But John soon begins to believe that Lioba may still be alive somewhere in Planet B and that the games he is playing may be more real and deadly than he first thought.

"Matthew Broughton's tale of a malfunctioning virtual world is engrossing." (The Stage)

What listeners say about Planet B: The Complete Series 1-3

Do you ever imagine if the film 'Ralph Breaks the Internet' had been made as a radio drama in 1994?

As a satire of the internet as viewed by someone in their seventies, this is gold.

I'm assuming that's what it is. And so it is gold. It IS gold. Hush now.

The performance by all who took part was committed and and drew the listener in to a book that otherwise would have been a complicated and at times confusing and frustrating read.

Poor story telling from an amateur.

If you like sci-fi, don't get this. It really lacks in substance, with a plot that feels its just filling in with fluff.

This was really excitting, and kept u guessing whats next,
An amazing piece of sci-fi that
Douglas Adams would aprove of