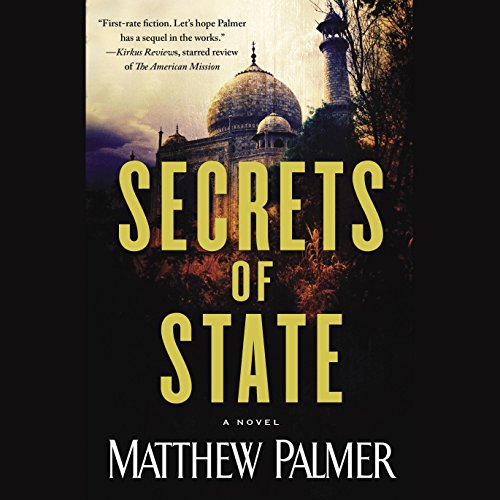 From a veteran insider with over 20 years' experience in the US Foreign Service comes a taut, insightful thriller of global intrigue and behind-the-scenes international politics.

Sam Trainor's career of overseas work - coupled with a penchant for being outspoken - has left him on the outside of the competitive Washington establishment. Formerly the top South Asia expert in the State Department's Bureau of Intelligence and Research, Trainor has moved to the private sector, working as an analyst for the consulting firm Argus Systems.

But Sam soon discovers that for all their similarities, the government and their hired contractors have vastly different motives. As he struggles to adjust to a more corporate, profit-driven version of the work that had been his life, he stumbles across an intelligence anomaly - the transcript of a phone conversation about the fastest ways to upend the delicate political balance keeping India and Pakistan from all-out war. Yet Sam knows that conversation can't have occurred - because he is having an affair with one of the alleged participants.

As he digs into the source of this misinformation, he realizes that more is at stake than just bad intel. Someone is deliberately twisting the intelligence to stoke the simmering conflict between India and Pakistan, nuclear-armed rivals that have already fought multiple wars. And Sam's new employer could be up to its neck in it.

I thoroughly enjoyed this book. Palmer reveals his thorough knowledge of diplomacy, spycraft, and the South Asian Subcontinent. He also has a wicked imagination that fuels plenty of nice plot twists. I found myself listening at accelerated speed, just to hear what happens next. The narrator is also superb, with a whole range of voices and accents.

This is a ridiculous book.

Would you try another book from Matthew Palmer and/or Fred Sanders?

The plot is ridiculous. It deliberately changes history. And the reader sounds like a teenager.

Has Secrets of State turned you off from other books in this genre?

Only books by this author.

Would you be willing to try another one of Fred Sanders’s performances?

Only if I knew the author well and liked his works.

Anger at its stupidity. And my waste of money.

fictional and kind of boring. fred sanders is great though. wont recommendations it to anyone