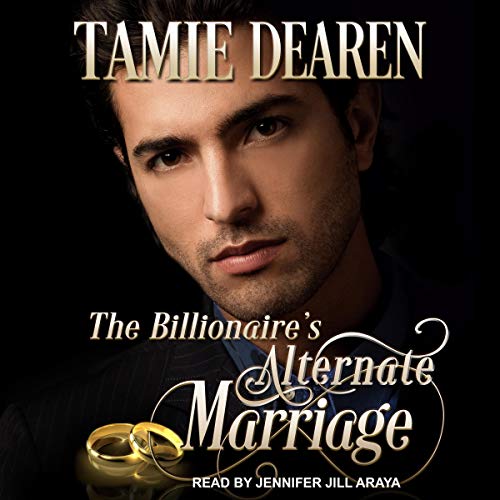 Rylie's been in love with Jarrett Alvarez since long before he became a billionaire. Too bad Jarrett's in love with her twin sister!

Isn't your wedding day supposed to be the happiest day of your life? Not if you're the emergency substitute bride! But how could Rylie say no when a child's life hangs in the balance? Now she's married to the man she loves, but he's still pining for her sister!

Jarrett owes Rylie a huge debt. She's giving up a year of her life to help him adopt Gabe to get him the medical treatment he needs. But the more time he spends with Rylie, the more he's beginning to think he fell for the wrong twin. The problem is, Rylie doesn't believe him!

Will these two stubborn computer nerds ever admit their feelings?

They will if a certain meddling grandma has her way!

What listeners say about The Billionaire's Alternate Marriage

Really enjoyed this book. The narrator was really good! I’ve already purchased another book by this author. It’s nice to read a good book without swearing and r rated dialog. Great development of likable characters. I hope this author and narrator pare up for more novels. I would recommend this book.

Nice story I enjoyed book, although I will say by the end the misunderstandings and the way both the heroine and hero misread situations so they didn't realise how each other felt got a little annoying. Overall though good clean book