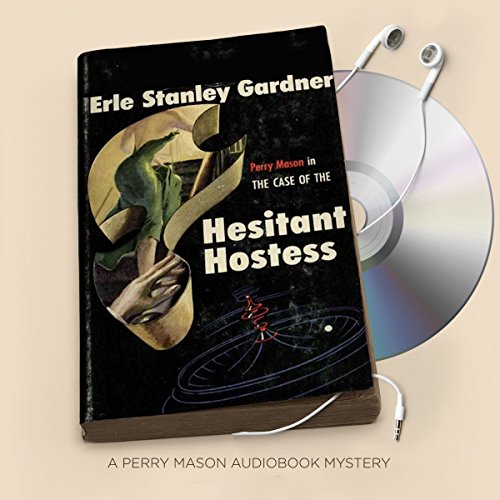 Perry Mason had no hesitation in defending Albert Brogan, a broke ex-salesman against a charge of robbery. He's counting on the testimony of the nightclub hostess Martha Lavina to clear him. She had most of the requirements for a good professional hostess, and one was an innocent face. That, plus various other attractions, made her a formidable challenge as she faced Perry Mason on the witness stand. She was also deadly clever and she held the jury spellbound. When Mason sprang his bombshell they stayed that way, for the hoped-for explosion was a dud.

That was just the beginning of a smashing, freewheeling attack with no holds barred on either side. Then another hostess, his key witness, fled. Failure to find the missing witness in forty-eight hours could cost an innocent man his liberty and his life, when the prosecution serves up a shocking new charge of murder. But the high-tailing hostess has a host of her own secrets, and a cast of shady characters - from Los Angeles to Las Vegas. She seems determined to keep them and herself hidden. It all leads Perry Mason down the trail of an amazing crime that might have gone undetected.

What listeners say about The Case of the Hesitant Hostess