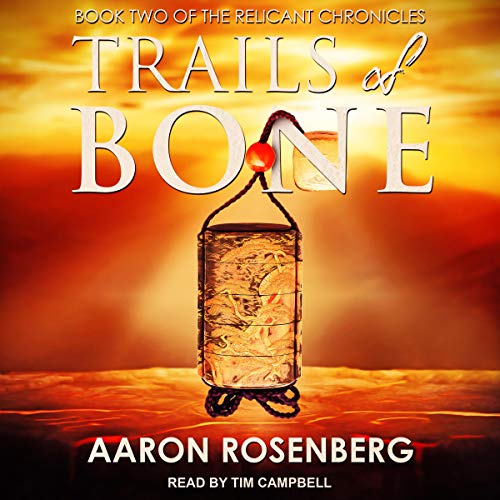 Magic. Action. Intrigue. All these converge along the Trails of Bone.

The kingdom of Rimbaku has fallen on hard times. Under attack by its neighbors, the once-great empire struggles to defend itself even as it stagnates, its people obsessed with atachi, the Relicant Touch, and the skills and memories that magic lets them absorb from the bones of their dead. Amid all this chaos, an emperor learns about his subjects firsthand, a warrior battles both foes and ancient tradition, a young man tests recently acquired prowess while another learns to rely on himself, a young grave robber struggles to overcome new scruples even as a different young woman with no scruples begins to amass power, a strange pair wreak havoc, and a mysterious new threat approaches the capital. What will happen when all of these trails cross at last? Will any of them survive? Will the Relicant Empire?

In this second volume of the epic fantasy series, the characters and storylines that began in Bones of Empire continue to develop, to deepen, and to reveal more about the kingdom, its people, and the spiral of events threatening to overwhelm one and all.

What listeners say about Trails of Bone