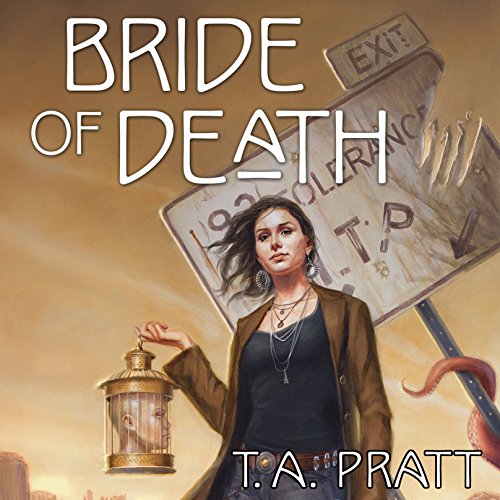 Marla Mason has been a mercenary, a chief sorcerer, a protector of an entire city, and an occult detective, and now she's a goddess of death...but only part time. She gets to spend six months a year living as a mortal woman on Earth, and she's decided to devote those months to hunting monsters for fun and personal redemption. Armed with ax and dagger, with the living severed head of her worst enemy in a birdcage for a traveling companion, she sets off by motorcycle into the American Southwest on a journey of self-discovery and other destruction.

What listeners say about Bride of Death

I missed the Marla stories for a while. No one. has ever made a character like this one. Thanks T.A. I enjoyed it and recommend it for all the Marla fans out there.

Hey Audible, the audio quality of this book stinks

This audiobook book REALLY needs to be remastered, or re-recorded. It's atrocious. It sounds like it was recorded in a tunnel.

I've liked all of the books in this series so far. However, this is my least favorite. It's written from the perspective that it's taken from Marla's personal journal and Im not a fan of books written as journals. Anyway, this book is about Marla's 1st month on earth, as a human, after spending her 1st month as the Queen of the Underworld.

The narration is pretty good. The audio quality makes it sound bad, but that's not the narrator's fault.