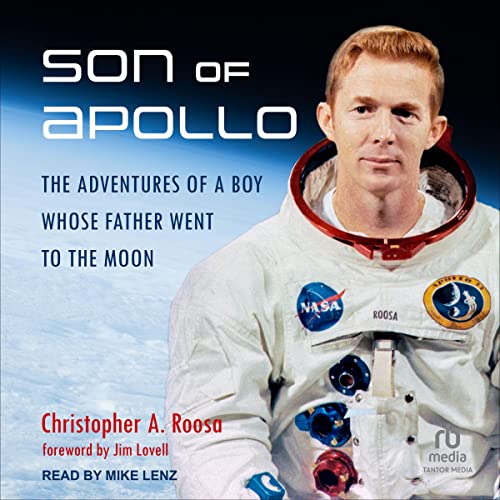 Christopher A. Roosa grew up the eldest son of Apollo 14 astronaut and command module pilot Stuart A. Roosa. As a child of the space program, Christopher had a ringside seat at the dinner table of one of twenty-four Americans who had either entered lunar orbit or landed on the moon. The first book written by an offspring of an Apollo astronaut to focus on growing up in that era, Son of Apollo tells the inside story of the life of his father, a man who had a remarkable career despite always believing his air force career was "off-track," from his initial application to the service to his removal from the prime crew of Apollo 13 and his subsequent assignment to Apollo 14. During the Apollo 13 mission and recovery, Stuart played an integral role in developing the procedures to return the crew to Earth safely. The focus—and the pressure—of the entire Apollo program then shifted to the Apollo 14 mission. If the Apollo program was to continue, Stuart and the Apollo 14 crew would need to get safely to the moon, land, and return.

In writing about his father's career, Christopher Roosa also shows us a familial side of the Apollo experience, from the daily struggles of growing up in the shadow of a father who was necessarily away in training most of the year to the expectations involved in being an astronaut's son.

What listeners say about Son of Apollo