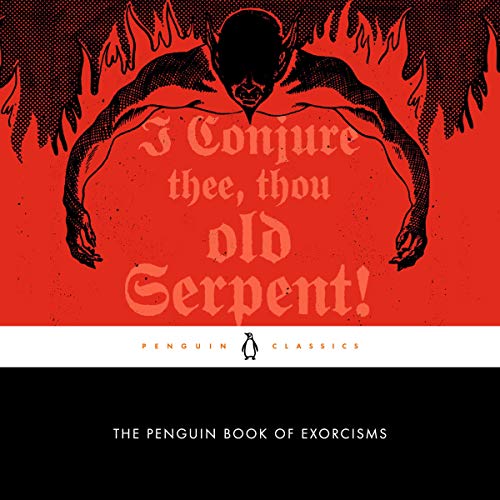 The Penguin Book of Exorcisms

Haunting accounts of real-life exorcisms through the centuries and around the world, from ancient Egypt and the biblical Middle East to colonial America and twentieth-century South Africa

Levitation. Feats of superhuman strength. Speaking in tongues. A hateful, glowing stare. The signs of spirit possession have been documented for thousands of years and across religions and cultures, even into our time: In 2019 the Vatican convened 250 priests from 50 countries for a weeklong seminar on exorcism. The Penguin Book of Exorcisms brings together the most astonishing accounts: Saint Anthony set upon by demons in the form of a lion, a bull, and a panther, who are no match for his devotion and prayer; the Prophet Muhammad casting an enemy of God out of a young boy; fox spirits in medieval China and Japan; a headless bear assaulting a woman in sixteenth-century England; the possession in the French town of Loudun of an entire convent of Ursuline nuns; a Zulu woman who floated to a height of five feet almost daily; a previously unpublished account of an exorcism in Earling, Iowa, in 1928—an important inspiration for the movie The Exorcist; poltergeist activity at a home in Maryland in 1949—the basis for William Peter Blatty's novel The Exorcist; a Filipina girl "bitten by devils"; and a rare example of a priest's letter requesting permission of a bishop to perform an exorcism—after witnessing a boy walk backward up a wall. Fifty-seven percent of Americans profess to believe in demonic possession; after listening to this book, you may too.

For more than seventy-five years, Penguin has been the leading publisher of classic literature in the English-speaking world. With more than 2,000 titles, Penguin Classics represents a global bookshelf of the best works throughout history and across genres and disciplines. Listeners trust the series to provide authoritative texts enhanced by introductions and notes by distinguished scholars and contemporary authors, as well as up-to-date translations by award-winning translators.

“Suitably chilling reading for Halloween ... Shows in illuminating detail how the belief in demonic possession stretches back more than 2,500 years.” (The Economist)

"Gripping ... Thoroughly researched ... [with a] descriptive flare in rendering the ‘goblinlike entities,’ jealous demons, and evil spirits ... This is a boon for anyone curious about exorcism and its wide-ranging, spiritually diverse legacy.” (Publishers Weekly)

“Spellbinding ... Gripping ... Fascinating ... Demons, devils, dybbuks, jinn, zar and Chinese fox-spirits abound in accounts dating back to ancient times.... The editor's introductions are sharp and cogent.... [For] readers hungry for illumination - and a touch of terror.” (Shelf Awareness)

What listeners say about The Penguin Book of Exorcisms

very interesting and informative. I suggest it to anyone with interest in demonology or paranormal

The narrator whispers and pronounces the word “history” as “his story”. If that isn’t enough for you, it may also be the most boring collection of writings on this entire continent. This one has it all.