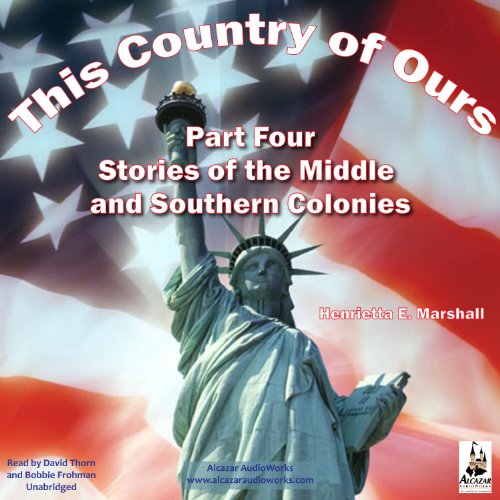 This Series, in seven parts, tells the story of America from the earliest founding through the days of Woodrow Wilson and The Great War (World War I). In Part 4, you'll hear stories of the Middle and Southern Colonies.

1. The Founding of Maryland

3. How a German Ruled New York

5. The Founding of New Jersey

6. The Founding of Pennsylvania

7. How Benjamin Franklin Came to Philadelphia

8. The Founding of North and South Carolina

9. War with the Indians in North and South Carolina

10. The Founding of Georgia

What listeners say about This Country of Ours, Part 4