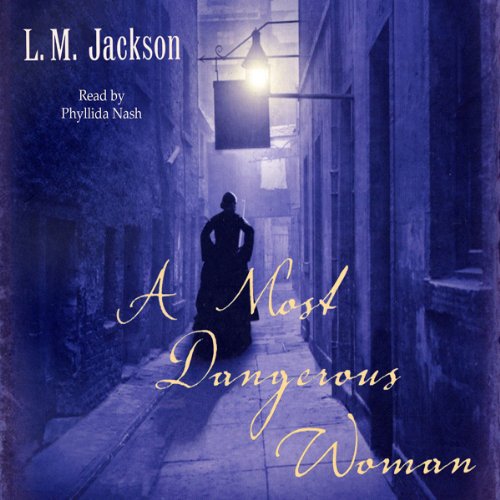 It was said that she had the good manners of a respectable upper servant but was far too young to have been pensioned; that she spoke as if she had received and education, but knew the costers’ slang as if she were born-and-bred to it; and that she not only had no husband – which was a commonplace on Leather Lane – but seemed never to have possessed one…’When the mysterious Sarah Tanner opens her Dining and Coffee Rooms on the corner of Leather Lane and Liquorpond Street, her arrival amongst the poor market-traders causes something of a stir. Few doubt that she has ‘a past’; no-one could have predicted how it will return to haunt her…When an old friend is brutally murdered, Sarah Tanner is the only witness. Unable to turn to the police, she finds herself drawn back into the dark underworld of the Victorian metropolis… Relying on her wits, and trading on her past, Sarah Tanner risks her own life on a desperate quest for justice and vengeance.

What listeners say about A Most Dangerous Woman

Keeps you guessing until the end. Nothing is quite what it seems. Looking forward to hearing the next one