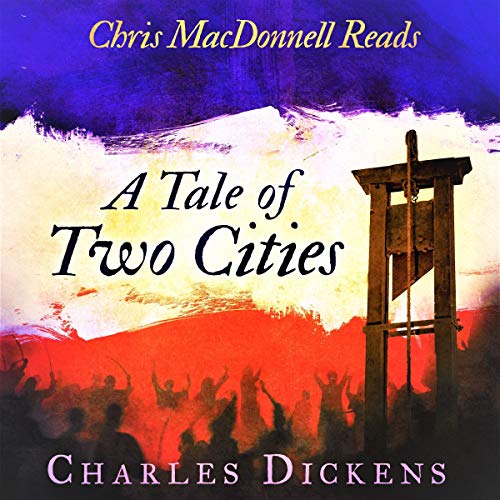 Charles Dickens, novelist philosopher and advocate of "the people", is without doubt, a giant in the world of literature. Arguably Dicken's best novel, A Tale of Two Cities (1859) is set in Paris and London, firmly placed in the period leading up to and including the French Revolution to the subsequent Reign of Terror.

It's primarily the tale of Doctor Alexandre Manette, who is unjustly imprisoned in the Bastille for 18 years; his daughter, Lucie Manette, who believes him to be dead; two men who both fall in love with her; and the supporters or foes of the family who, for their own reasons, love or despise them. The novel is equally a love story, a social commentary, and an observation of the human condition. It deals with themes including family, love, revenge, politics, moral perspective, suffering, and redemption. A Tale of Two Cities is epic in it's overall vision, yet intimate and observant in its portrayal of the minute detail of the lives and feelings of the people Dickens visualizes.

Dickens writes with heart and humanity. Always sensitive and thoughtful, yet his writing style is often rooted in satire and is frequently darkly humorous.

What listeners say about A Tale of Two Cities