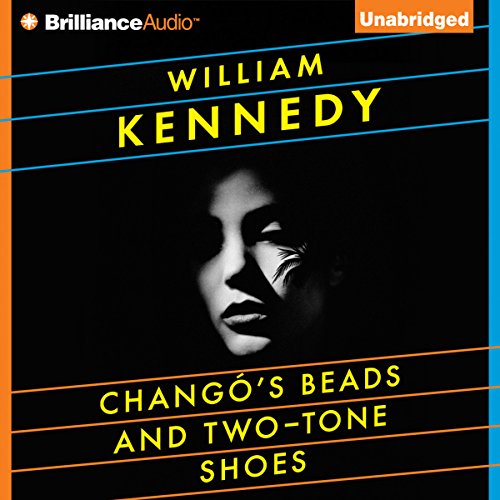 William Kennedy’s latest novel is a tale of revolutionary intrigue, heroic journalism, crooked politicians, drug-running gangsters, Albany race riots, and the improbable rise of Fidel Castro. The epic journey of Quinn carries him through the nightclubs and jungles of Cuba and into the newsrooms and racially charged streets of Albany on the day than Robert F. Kennedy is assassinated in 1968. The odyssey brings Quinn and his exotic but unpredictable Cuban wife, Renata, a debutante revolutionary, face-to-face with the darkest facets of human nature, and illuminates the power of love in the presence of death.

William Kennedy masterfully gathers together an unlikely cast of vivid characters in a breathtaking adventure full of music, mysticism, and murder: a homeless black alcoholic, a radical Catholic priest, a senile parent, a terminally ill jazz legend, the imperious mayor of Albany, Bing Crosby, Hemingway, Castro, and a ragtag ensemble of radicals, prostitutes, provocateurs, and underworld heavies. This is an unforgettably riotous story of revolution, romance, and redemption, set against the landscape of the civil rights movement as it challenges the legendary and vengeful Albany political machine.

This was listed as part of Kennedy's Albany Series, but it has a substantially different tone and style and is only weakly linked to the other novels in the series. It seems to change tone and style as it transitions between Cuba and Albany. The Cuba section seems to either be an nod to Hemingway or just strongly influenced by Hemingway's style. I found this a bit derivative.

In the Cuba section the Hemingway character points out novels should avoid politics, for in a few years readers will want to skip the political writing...yet Kennedy ignores this (fictional and perhaps self referential) advice and plows on, mixing politics into the novel (which did become a bit tedious).

The author's narration is OK, but not great. The narration is clear and understandable. The characterizations are weak and narration errors were just ignored. This was a reading and lacked the performance aspects of a professioinal narrator.

I loved this book. Reading could have been better--but great enough. Kennedy wrote it after all. A beautiful job of putting two kind-of-like things (the Cuban revolutions & Albany NY street "riots") together--the whole becoming more understandable than the sums of its parts. It also helped me understand Chicago 1968 better than ever. I almost forgot how delightful musical writing can be.

The narrator was good, but the story was confused and not very well written. I could not finish it.

OK but not great

The book jumps from Cuba to Albany. I do not know what the auther wanted to convey to the reader.

Would you be willing to try another book from William Kennedy? Why or why not?

No he jumps around to much.

I liked the Cuban experience but he cut it off as soon as it began to get interesting. I liked some of the characters but roaming around the streets of Albany was just too much.

Did Chango's Beads and Two-Tone Shoes inspire you to do anything?

I guess its a period peice and I just did not get it.

Too jumpy for me.