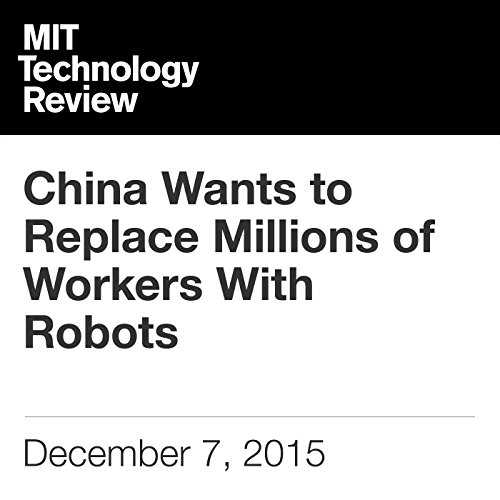 China Wants to Replace Millions of Workers with Robots

China is laying the groundwork for a robot revolution by planning to automate the work currently done by millions of low-paid workers.

The government’s plan will be crucial to a broader effort to reform China’s economy while also meeting the ambitious production goals laid out in its latest economic blueprint, which aims to double per capita income by 2020 from 2016 levels with at least 6.5 percent annual growth. The success of this effort could, in turn, affect the vitality of the global economy.