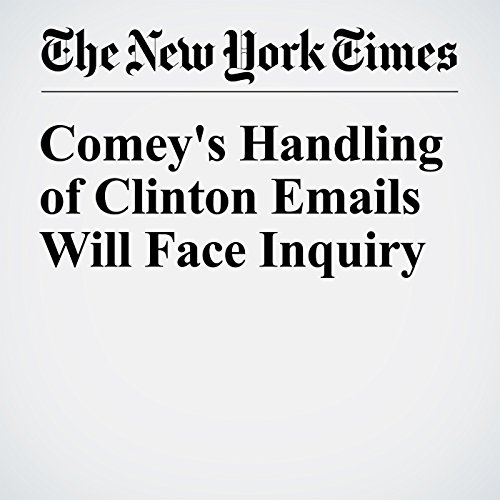 The inspector general, Michael E. Horowitz, will not look into the decision not to prosecute Clinton or her aides. But he will review actions Comey took that Clinton and many of her supporters believe cost her the election.

"Comey's Handling of Clinton Emails Will Face Inquiry" is from the January 12, 2017 U.S. section of The New York Times. It was written by Adam Goldman, Eric Lichtblau and Matt Apuzzo and narrated by Caroline Miller.