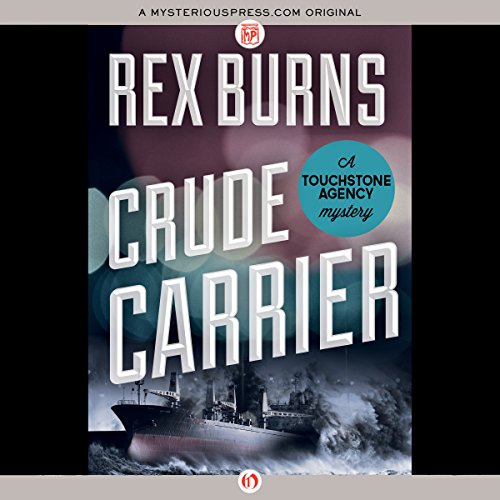 When a sailor dies under unusual circumstances, Raiford goes undercover on the high seas.

The Rossi family received only a handful of letters after their son shipped out on the supertanker Aurora Victorious. The first dispatches were from Harold himself, describing the blend of tedium and excitement that defined life onboard the ship. The last communication came from the ship's owners: four brief sentences informing them that their son had died and been buried at sea.

Desperate to know more, the Rossis turn to James and Julie Raiford, the father-daughter detective team behind the Touchstone Agency. As the Raifords soon learn, work on the open sea is dangerous--and asking questions can be deadly. When the shipping company stonewalls the investigation, James joins the Aurora Victorious as an electronics officer, and Julie digs into the proprietors' shadowy background. International oil shipping is a ruthless business, and its secrets run as deep as the ocean itself.

What listeners say about Crude Carrier