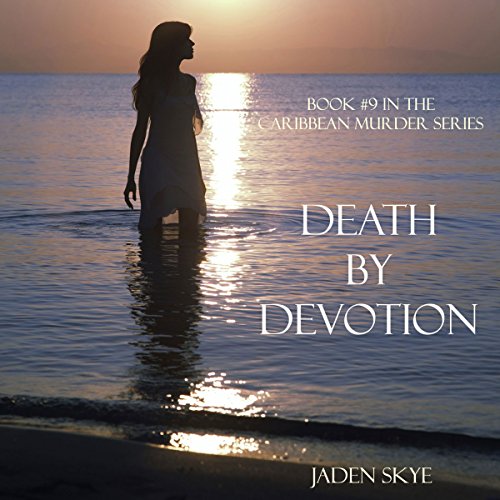 Death by Devotion is book 9 in the best-selling Caribbean Murder series, which begins with the free book Death by Honeymoon (book 1) - a number-one best seller with over 100 five -tar reviews on Amazon!

Before they get engaged, Cindy urges Mattheus to meet his long-lost Caribbean daughter, whom he has never met. Sixteen years ago, after a one-night stand, the woman became pregnant, and Mattheus quickly left. Mattheus' beautiful, volatile 15-year-old daughter, Andrea, badly needs him, and she wants him to come to Anguilla, where she lives, so they can get to know each other. One caveat, though: He has to come without Cindy. Andrea has a mother, and one mother is enough. Mattheus feels his daughter is in trouble, feels compelled to go, and abruptly leaves Cindy behind.

Convinced that her relationship with Mattheus is over, Cindy returns to the States ready to start her life again. A few days after she gets back, amid the excitement and a wonderful job offer, she receives a startling call from Mattheus down in Anguilla: Andrea's stepfather has been killed, and Andrea was found beside him, covered in his blood. Mattheus, desperate, begs Cindy to come down and help. Not only has his daughter been taken into custody - but now he is a suspect as well. Unable to say no, Cindy returns to the Caribbean to help find the true killer and to attempt to free both Mattheus and his daughter - but she soon finds that she's up against an underground web of danger on the island, and it may be too late to save all of them - including herself.

Death by Devotion is both a standalone novel and book 9 in the Caribbean Murder series.

What listeners say about Death by Devotion

looks like author got lost in the drama... the conflict would have worked better for TV