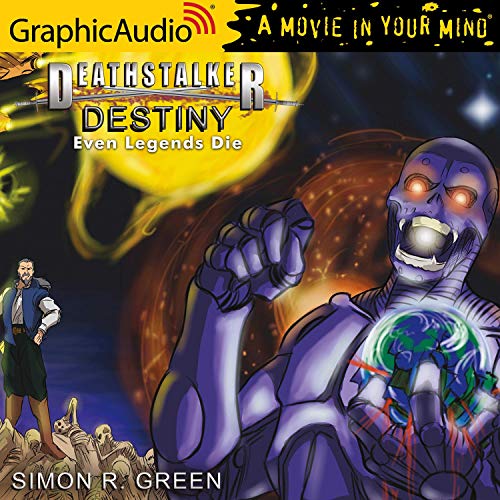 Diana Vertue, known in an earlier life as the terrifying esper Jenny Psycho, had been a hardcore terrorist and a saint of the uber-esper Mater Mundi, but she'd outgrown both those roles. Now it’s time for a psychic showdown with the Mater Mundi herself.

In another part of the galaxy, Ruby Journey delivers Parliament’s offer of a reprieve from Jack Random’s persecution as an outlaw, as long as he joins in a desperate plan to save the Empire from the decimating forces of Shub, approaching humanity’s homeworld with genocide on their artificial minds. As the relentless forces of the monstrous Recreated descend upon humanity, Owen Deathstalker and Hazel D’ark return to the Wolfling World, home of the Madness Maze. The Maze was thought to be destroyed but has miraculously reappeared and perhaps holds the key to humanity’s survival. But in order to seize that last desperate chance, Owen must face startling revelations, challenge an old ally, and defy the prophecy of his own death by embracing his destiny.

What listeners say about Destiny (2 of 2) [Dramatized Adaptation]