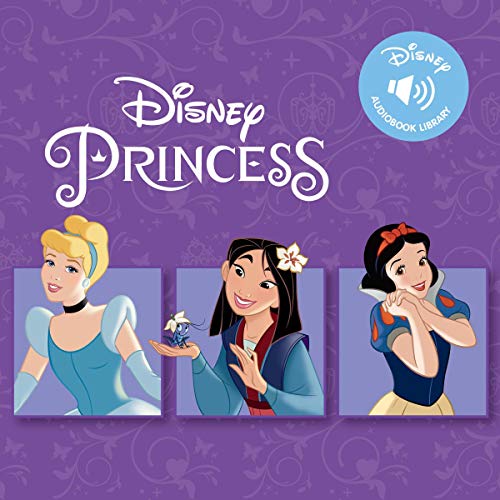 Join the Disney Princesses in this collection of stories featuring three tales of adventure and bravery.

Snow White’s classic tale comes to life in “Snow White and the Seven Dwarfs”. Follow along as Snow White flees from the Evil Queen, befriends the Seven Dwarfs, takes a bite of a cursed apple, and lives happily ever after.

In “Best-Ever Creations”, Cinderella must work to create a collection of dresses in a time-crunch.

In “A Time for Courage”, Fa Mulan summons her courage when her father is drafted into the Imperial Army. She disguises herself as a man and takes her father’s place against the Huns. Follow along as Mulan proves herself and defends China!

What listeners say about Disney Princess: Snow White and the Seven Dwarfs, Cinderella's Best-Ever Creations, Mulan: A Time for Courage